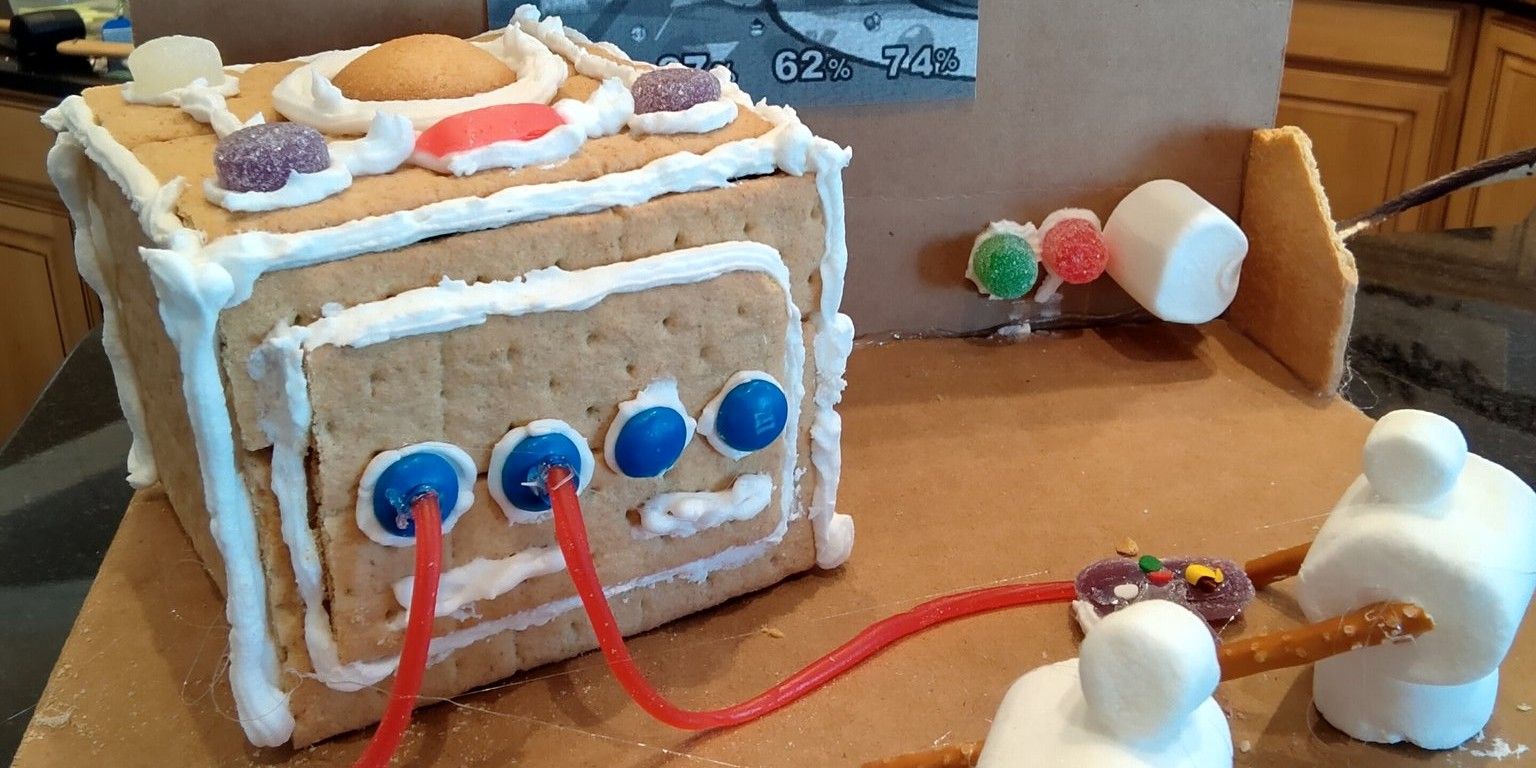 A fan on Twitter has constructed a gingerbread house-style Nintendo GameCube out of graham crackers and candy. The GameCube was one of Nintendo’s most beloved controllers, and it remains a fan favorite to this day. It played host to a lot of beloved titles, many of which are still seeing play even in 2020, with next-gen consoles like the PS5 and the Xbox Series X fresh on the shelves.

One of those iconic games is Super Smash Bros. Melee, broadly considered to be the best entry in Nintendo’s ongoing fighting series. Unfortunately, while fans do still have a lot of love for the classic game, Nintendo’s been snubbing it hard in recent months. It pulled the plug on The Big House, a major annual Smash tournament which had planned to use mods to enable online play and thus comply with COVID-19 restrictions. Unfortunately, Nintendo has draconian anti-mod policies that it is notoriously inflexible on. The resulting cancellation sparked a major social movement from players upset about how poorly Nintendo treats its online communities.

But that hasn’t interrupted the game’s status. Freelance artist Jackary Art chose to memorialize Melee in a very unique way by reconstructing the console that brought it to life, the Nintendo GameCube. The reconstruction was built out of graham crackers and frosting, like a gingerbread house, and features gum drop buttons and controller ports made out of M&Ms. Licorice cords connect the device to its controllers, which are being held by a pair of marshmallow snowmen enjoying a rousing game of Melee on an anachronistically black and white TV. The GrahamCube, as it has been affectionately termed by Jackary Art, is a very charming memorial to an iconic console, and it looks like it’ll make for the tastiest gaming experience since the KFConsole itself.

There are a lot of delightfully creative fans in the video game community, who are known for increasingly impressive works of art based on their favorite video games. One fan is in the process of producing a series of stupendously well-animated short films based around recent indie hit Among Us, showing the grim, sci-fi horror of that beloved title. And that’s just one example; the internet is stocked full of incredible pieces of art, sculpture, and animation just as delightful as the GrahamCube, showing just how significant video games can be for their fans.

After all, that’s just what fan art is. It lets people express their love for their favorite video games and the memories they made playing them. Projects like the GrahamCube, or the real-life version of Animal Crossing’s Spooky Arch, prove how beloved these games can be. No matter how cruel Nintendo is to the Melee community, at least players like Jackary Draws can remember the good times through food.