‘Soul’ might be Pixar’s most grown up movie yet 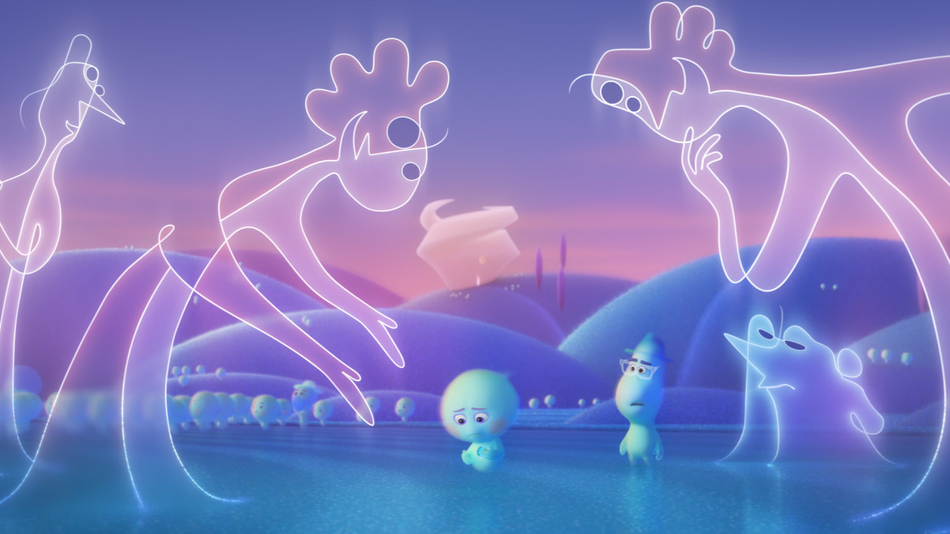 Pixar’s Soul centers on two souls whose lives have yet to begin. For 22 (voiced by Tina Fey), the condition is literal: She’s been kicking around for ages in the Great Before (not to be confused with the Great Beyond, aka the afterlife), where souls are formed before they’re born on Earth.

For Joe Gardner (voiced by Jamie Foxx), it’s more a state of mind. He’s a middle-school band teacher who’s always dreamt of being a jazz musician, and feels stuck in a rut as he waits for his “real life” to begin. It’s a feeling that’ll be familiar to so many of us down here on Earth, and maybe especially now that the pandemic has derailed our plans: Maybe this is the missing piece I need to feel contentment, maybe that is what will finally give my life purpose, maybe that other thing is what I was meant to be doing all along.

And so it seems extra tragic when, on the one day Joe’s goals finally seem to be in reach, a freak accident lands him in the Great Before.

But Joe, having waited this long for his shot at a music career, isn’t about to give up that easily. In desperation, he agrees to mentor 22 and help her find the “spark” that signals she’s ready to live for

real. 22, for her part, isn’t interested. Having run through countless mentors far more illustrious than Joe (“I made her cry,” she recalls smugly of Mother Theresa), she’s skeptical of the whole concept, and intends to stick around the Great Before for as long as she can.

From there, the journey toward 22’s spark — and, Joe hopes, his subsequent return to his life on Earth — takes the convoluted path that’s typical to Pixar adventures. There are delightful plot twists, including one involving a very perturbed cat; and a colorful band of spiritually enlightened souls who can cross between planes of existence; and a collection of squiggly line beings (voiced by the likes of Rachel House and Richard Ayoade) that serve as the stewards of the metaphysical realms. As you’d expect, the story is good for some laughs, many of them involving 22’s bratty attitude toward Joe’s increasingly exasperated attempts to help her, and some tears, because it wouldn’t be a Pixar movie without them.

But there’s a restlessness to the whole thing, as if Soul itself doesn’t quite have Soul figured out. And who could blame it? Even for a studio that’s previously ventured into the afterlife and plumbed the depths of human emotion, trying to explain the very point of existence itself is a staggeringly ambitious endeavor. So, yes, the takeaway seems a little vaguer than usual, and it’s far less clear what might become of Joe and 22 at the end of it all, and fine, maybe that ending doesn’t quite work with the story the movie had been telling up ’til now. But as with so many actual human souls, Soul‘s quirks and imperfections are what make it interesting. If its cerebral notions are less reliable than the tear-jerking formula that Pixar has perfected over the decades, they’re also endearing in their boldness.

With its midlife crisis storyline and wistful messaging about what it all means, Soul is arguably the most grown-up of the studio’s films, despite its kid-friendly gags and PG rating. Like 2019’s Toy Story 4, which argued for a life lived with intent, Soul‘s big ideas seem more geared toward adults who grew up watching Pixar and still turn to it for guidance and comfort, than toward the little ones discovering the magic of Pixar for the first time.

Even the art seems more elegant than usual, particularly once Soulleaves the mortal coil. The souls themselves, with their squishy round bodies, may look just a hop, skip, and a jump away from a Minion, but The Great Beyond is all clean shapes rendered in stark blacks and whites, while the Great Before consists of glowing blues and purples rendered in soft, fuzzy shapes. It’s some of the most striking work that Pixar has ever turned in.

Soul recalls earlier Pixar films like Coco, Ratatouille, and The Incrediblesin its hero who feels called to some higher purpose (music, in Joe’s case, with the heady jazz compositions by Jon Batiste to back it up) but the message it carries extends beyond the lucky few with the clarity to know what they want to do with their lives. It makes the case that the big passions that drive you are part of life, sure, but so too are the small joys and familiar routines and complicated feelings. Stop waiting, Soulwhispers, gently. Just start living.